Editor's note: The Pro Bono Board, a student group committed to expanding pro bono knowledge and opportunities to students, names a Pro Bono Volunteer of the Month. The winner for April is Howard, ‘19. Chris Bobby, ’18, a member of the board, wrote this story on their work.  For more information on pro bono work, visit the Pro Bono Service Initiative website or contact Nura Maznavi in the Office of Career Services. 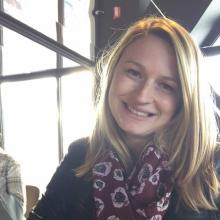 Alyssa Howard, ’19, came to Chicago by way of Kansas City. As an educator through Teach for America, Howard taught students who frequently encountered her school’s discipline system. In this experience, she often felt helpless in her ability to change the tragic yet seemingly inevitable trajectory many these students were on. In her limited role, she tried her best to meet with other teachers to reinforce positive behavior and be a role model for others. This experience both informed her decision to go to law school and her subsequent work in and outside of her legal education.

During her time in Kansas City, she witnessed the disproportionate impact that a school’s discipline system can have on students of color. In her experience and in the experience of many of her fellow Corps members, it was those students who got expelled and suspended in excessive numbers. What frustrated Howard the most was the reactive, rather than proactive, nature of the disciplinary system: rather than addressing small behaviors before they could manifest into larger ones, she saw how many schools would allow behavioral issues to metastasize until the student was suspended or expelled.

As a lawyer, Howard hopes that she will be able to apply her experiences as a teacher in a bigger context and help students in a more fundamental, systemic way.

One way she is already making this hope a reality is through her work at Education and Child Advocacy Society (ECAS) and the Juvenile Justice Project.

ECAS is a law student organization at UChicago Law that focuses on education and children. Spanning diverse issues such as juvenile justice reform, education law, domestic violence, and the school-to-prison pipeline, ECAS seeks to encompass the multitude of legal and social issues facing children. Howard has served for the past year as the events coordinator for the organization. In that role, she has honed her concern for inequities in school discipline and her previous experience through her partnership with The Chicago Lawyers’ Committee for Civil Rights (CLCCR). In this capacity, Howard has worked with the expulsion project, a pro bono initiative through the CLCCR that seeks to partner with law students to represent children expelled from Chicago Public Schools (CPS) and area charter schools.

In this role, Howard has successfully worked with both parties to bring new opportunities to both students in the Chicago area and her fellow law students. By bringing her passion for juvenile justice and her experience as a former teacher, she hopes to introduce second- and third -year law students to partnerships with families and their children who are expelled from local schools. While both ECAS and the expulsion project are young initiatives on campus, they have already successfully represented students in the Chicago area.

Howard hopes to continue her work in education law after she graduates. In the short term, she wants to focus on these issues on a pro bono basis and tutor in her free time. But more broadly, her goal as an attorney is to aid as many students as possible, in turn creating a more effective discipline system for kids.

The current system “reinforces how we use certain kinds of punishment too often as a society,” she said. “We need to be more proactive in addressing children’s needs and not let things blow up to the point of punishment. We’d get different outcomes and a more just society.”