Editor’s note: The Pro Bono Board, a student group committed to expanding pro bono knowledge and opportunities to students, names a Pro Bono Volunteer of the Month. April’s honoree is David Sandefer, ’19. Carly Owens, ’20, a member of the board, wrote this story on his work. 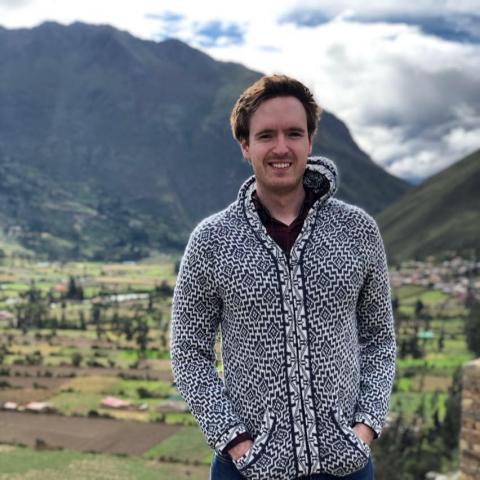 David Sandefer, ’19, knows firsthand the importance of connecting students with meaningful pro bono opportunities. During his time at the Law School, he has done just that—and he’s developed a system that will continue after his graduation. He did so by creating a pro bono chair for the Law School Federalist Society chapter.

This past fall, Sandefer strove to implement more pro bono opportunities for the Federalist Society. He was inspired by the other strong pro bono communities at the Law School and wanted to help foster that same community within the Federalist Society. After talking to other members, he noticed that several people wanted opportunities focused on protecting the liberties of others. Taking these considerations into account, he created the pro bono chair and through this position organized three year-long projects.

Sandefer organized a civil asset forfeiture project with the Institute for Justice, an administrative deference project with the Goldwater Institute, and one on religious liberty violations with the First Liberty Institute. In addition to organizing, Sandefer also participated in the First Liberty Institute project and saw firsthand the value of tackling these difficult religious liberty violation problems.

“This project was especially valuable because it shed light on the large number of claims where prison officials are disregarding inmates’ religious beliefs,” he said. “I hope that by streamlining our pro bono process, more students have access to these opportunities and are able to help inmates ensure their First Amendment rights are protected.”

Based on the first year’s involvement, the Federalist Society’s pro bono program seems poised to expand rapidly. Several students volunteered for each opportunity – not only meeting, but exceeding, the demand. With the continuity of the pro bono chair position, Sandefer is excited to see what the future holds.

After graduation, Sandefer will be clerking on the U.S. Court of Appeals for the Seventh Circuit with Judge Michael Brennan and then on the Northern District of Alabama with Judge R. David Proctor. After clerking, he plans to work in the Chicago office of Jones Day, where he is excited about the possibility of continuing his pro bono work.

“I like helping people and creating opportunities for other people to help people,” Sandefer said. “It’s a way to make the world a better place.”