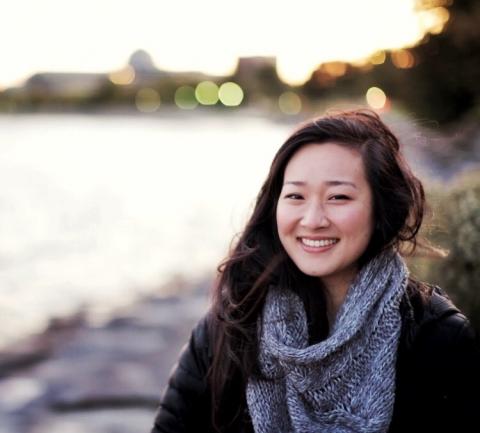 I entered law school wearing labels I didn’t even know I bore. Labels with which I had a complicated—if yet undefined—relationship. While I expected my legal education to shape my thinking, I did not expect that it would push me to articulate my own identity.

I grew up in the western suburbs of Saint Louis, Missouri, a quiet area of two-story houses and middle-class families, cul-de-sac block parties, and mediocre public schools. Although mostly Caucasian and African American students populated my high school, I remained in a bubble with people very like me.

My family belonged to a fairly conservative Chinese immigrant church. Each week, we attended a Friday night fellowship gathering and spent all day Sunday at church—sometimes quite literally, attending Sunday School in the morning and staying through dinner making dumplings with friends. It was a family church, the kind where everyone knew everyone else. Where an 80-year-old grandmother, her daughter, and her married grandson attended together, and where, after her passing, her great-granddaughter continued to attend. From church and youth group, I was taught to love God and serve others, believe in Creationism, and aspire to chastity. I learned about generosity and caring for the poor, though I never heard the term “social justice” until college. In church I felt safe. I made friends just like me—Chinese American girls with immigrant parents, struggling through girlhood and adolescence.

At home, I received a different kind of education. My mother, a devout woman, had a passion for teaching my younger siblings and me critical thinking. When we lingered in the kitchen to cook or eat a meal, she would ask what we thought about the sermon, or share something she’d heard on the radio or had seen in the news. From her instruction and example, I learned to reject blind faith and unconsciously play devil’s advocate against any source that promoted unquestioned, one-sided opinions. Through our family conversations, I internalized a habit of interrogating the ideas I encountered.

I went to undergrad carrying this background of cultural conservatism undergirded with an instinct to question. While college provided an opportunity to expand my horizons, I did not have many conversations with people of clashing ideologies. Part of this was intentional—I shied away from conflict and veered from situations where I suspected uncomfortable conversations might arise. But the bigger reason was that I found myself again surrounded by like-minded individuals through a close-knit Asian Christian fellowship group. Because I found many people like me—Asian American, Christian women—I didn’t dwell much on what these identities meant or have to explain my beliefs to others.

Unlike undergrad, where I found at least 20 students among the 7,000+ who matched my general demographics, at UChicago, I met 200 classmates, none of whom appeared to share my particular intersectional identity. I soon became part of a community unlike any I’d known before. For the first time in my life, my friends and the people I talked to everyday did not look like me or share my background, ethnicity, or beliefs. The very attributes that once created my safety and community became unfamiliar new labels with which I had to grapple—especially once I discovered their unexpected political dimensions.

I had never before deeply considered race and identity politics, or the ideologies that certain groups carried. But in law school, I began to feel this pressure. As a woman of color, classmates sometimes assumed I identified with mainstream liberal politics. Peers would confide in me with a tone suggesting this unspoken unity. I heard my peers of color off-handedly disparage Asian Americans or other minorities for being part of the conservative Federalist Society. Even though I didn’t agree with their sentiments, I often hesitated to correct them. I felt ashamed and deceitful in my silence—like I was an imposter in the Minorities and People of Color social clique, yet was too cowardly to speak out. At the same time, I felt saddened hearing the condemnation underlying these assumptions. While I did not personally join any political organizations, the expectation of viewpoint conformity unsettled me.

As I wrestled with this discomfort, I recognized that I had a duty to speak up. If my views did not match peoples’ expectations, I needed to explain—first to myself, and then to others—who I really was and what I believed. And I would have to do this through challenging conversations with my peers. Over and over, I dared myself to share a differing perspective, call out an ungracious assumption, or correct a misperception of my views. From discussions about absolute truth, evolution, and pluralism, to Chinese cooking, being an oldest sibling, and growing up in the Midwest, these conversations illuminated for me how my background shaped, and sometimes defined, my beliefs. Each time I voiced a contrary opinion and received respect instead of scorn, I gained confidence articulating my convictions. Even when my views weren’t accepted, I felt emboldened simply by making the argument.

This doesn’t mean that it stopped being hard. I still dislike conflict and fear rejection. But my time in law school has shown me that I should not only interrogate my own views, but should also share my views with other people. Through reflecting on these conversations, I now better understand how my particular identities—my faith tradition, race, experiences, family background—shape my vision of the world as it is and as it ought to be. I have learned the importance of extending generosity to others by withholding assumptions about them. Because I know that I am more than the labels I bear, I believe that this is true of others too. And I see now that before I can become a competent legal professional, I have to first be willing to speak up for myself. These unexpected opportunities for personal growth are moments I treasure—they are the parts of my education I didn’t know I was paying for, but which have made me a more confident and capable advocate.