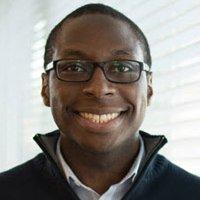 “So what should his sentence be?” my Criminal Law professor inquired, scanning the classroom before revealing results from a poll he had previously circulated. Our class examined the case of a Black boy who had grown up in Chicago surrounded by gun violence and poverty. His name was Robert Sandifer, and at age 11, he committed murder after joining a local gang. In light of these facts, our task was to issue an appropriate ruling, and the outcome was striking: many of my peers were willing to send the child to jail for several years.

Why was I so stunned? Simply put, this wasn’t the only case we’d been asked to consider. The other scenario involved a white boy who’d been convicted of several sexual crimes against minors after growing up under similarly adverse conditions. But in that case, the class was much more lenient—there were fewer double-digit sentences and even some calls to let him walk free.

I looked around at my classmates—future law firm partners, judges, academics, and policymakers (many of them close friends)—and then raised my hand. I fumbled through an argument about social deprivation and second chances. A few others forcefully spoke of racism and implicit bias, but it wasn’t enough to shake my anger and sadness. Once class ended, I walked home, put down my backpack, crawled into bed, and turned off the lights.

I knew the first year of law school was going to be tough along several dimensions; I was entering the most academically rigorous environment of my life to learn a complicated discipline. But I did not expect the little moments that would make it even tougher—the frequent reminders that I will live and work in a legal system that consistently undervalues or ignores Black lives. I learned that tort law in the United States frequently assigns lower monetary values to injuries suffered in Black communities. My Property professor also detailed the various ways common law reasoning worked with legislative statutes to systematically exclude Black families from owning land. In retrospect, that Criminal Law class was simply the apex of a disheartening journey, and it was then I realized where the fundamental disjuncture arose: I came to law school to learn the law, and instead, I also was confronted with history.

When I awoke, I immediately called my best friend on campus. I ranted about the poll results, expressed my frustrations at how incomplete the discussion had been, and suggested that we needed to have a space outside class to examine these issues further. I felt it was not enough to share them in the comfort of our friend groups or affinity networks; after all, I had plenty of people I could call, but I knew I was not the only one who recognized the limits of the classroom. We only had so much time available to address the social import of legal issues in a nuanced fashion. From race and gender, to sexual orientation and mental health, 1L exposed the unspoken realities of American legal practice but “exposure” was as far as we ever got. If we wanted to engage with the deeper issues that would define our professional experiences beyond the application of laws to facts, we had to start now.

After three months of mulling over the idea and soliciting feedback from close friends, I emailed our dean of students with a lengthy proposal for a first-person writing program. It would give students an opportunity to reflect on their 1L year with peers who also sought a space for unpacking their unique perspectives. I never thought I would receive a response, but he replied the next day, thanking me for my suggestion and asserting that he would take it under advisement. Another follow-up email and several calls later, Bridges was born.

My whole life, I have struggled with questions that have no easy answers. It was what attracted me to law school, and I can confirm this is precisely what lawyers do every single day. However, the questions that will determine the future of the legal profession are not simply legal in nature. Each of us must come to terms with how our backgrounds will shape everything from the resolution of legal issues to the cultures that define courtrooms and law offices. For me, it was realizing that I would be forced to hold two distinct realities in one hand: I had to reconcile the pernicious bias that plagued legal practice with the incredible opportunities offered to a painfully small community of Black lawyers. Others would bring their own deep-seated challenges to the fore. In any event, I knew that we as young lawyers had to begin addressing these truths well before heavy caseloads, eager clients, and growing personal responsibilities curtailed our space for self-reflection.

Looking back, I could not save Sandifer from the results of our classroom poll, or from the cycle of violence and disenfranchisement itself. Before we left class, my professor revealed that Sandifer had been murdered by his own gang to prevent him from revealing the group’s secrets.

Later that summer, I received multiple offers from the nation’s most prestigious law firms. And as of this essay’s publication, there are courtrooms somewhere in America sentencing Black boys to extended jail time. The carceral state exists alongside my BigLaw future, and these truths are self-evident yet hard to square. But this dichotomy is precisely why spaces like Bridges are so important: we must seize the rare opportunities we have to reflect, recognize the myriad complexities that undergird our daily lives, and engage with them as best as we can. The process of building Bridges has shown me the importance of going beyond myself and speaking up, even if it is unclear where that act may lead.

Thanks to Bridges, I hope that this journey will be easier for the next class of 1Ls —and future generations of UChicago lawyers.