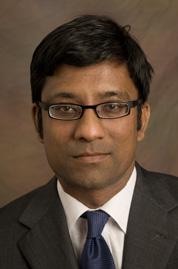 Professor Aziz Huq has been elected to the American Law Institute. He is one of 60 new members, including Roscoe Jones, Jr., a lecturer in law, and several alumni: Aditya Bamzai, ’04; Samuel Bray, ’05; Sean Donahue, ’92; Franita Tolson, ’05; and Jeffrey Wall, ’03.

The American Law Institute is the leading independent organization in the United States producing scholarly work to clarify, modernize, and improve the law. The ALI drafts, discusses, revises, and publishes Restatements of the Law, Model Codes, and Principles of Law that are enormously influential in the courts and legislatures, as well as in legal scholarship and education.

“This impressive group of newly elected members will add to the breadth of expertise in The American Law Institute’s membership,” said ALI President David F. Levi. “Our return to an in-person Annual Meeting this year affirmed the strength of the ALI’s spirit of collaboration and connection. I am excited to welcome this group’s participation in our ongoing projects and look forward to celebrating the ALI’s 100th anniversary with them at next year’s Annual Meeting.”

Huq, the Frank and Bernice J. Greenberg Professor of Law, writes and studies comparative constitutional law. His most recent book, The Collapse of Constitutional Remedies, confronts the popular narrative of the federal courts as politically independent protectors of individual rights, finding instead that they fail to yield remedies for individual constitutional wrongs. In 2018, Huq coauthored How to Save a Constitutional Democracy with Tom Ginsburg, the Leo Spitz Distinguished Service Professor of International Law. Exploring the structure, decline, and preservation of democracy throughout the world, the tome won the International Society of Public Law’s 2019 book prize.