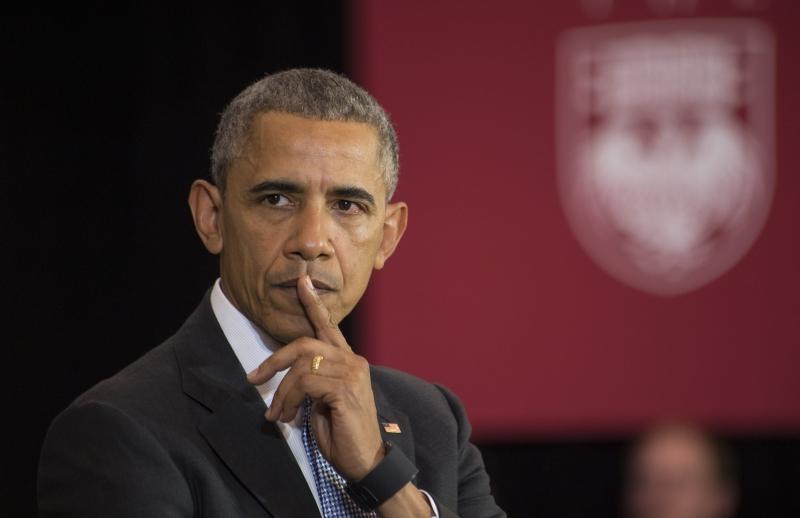 US President Barack Obama returned to the University of Chicago Law School for an invitation-only event on April 7, 2016, in the Harold J. Green Lounge. 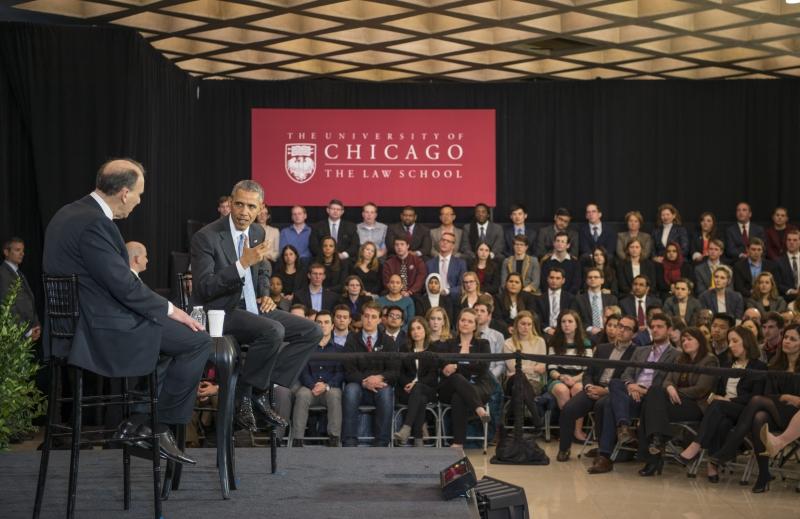 Obama, who taught at the Law School between 1992 and 2004, focused his comments on the Supreme Court and his nominee Merrick Garland, whom he called "indisputably qualified." 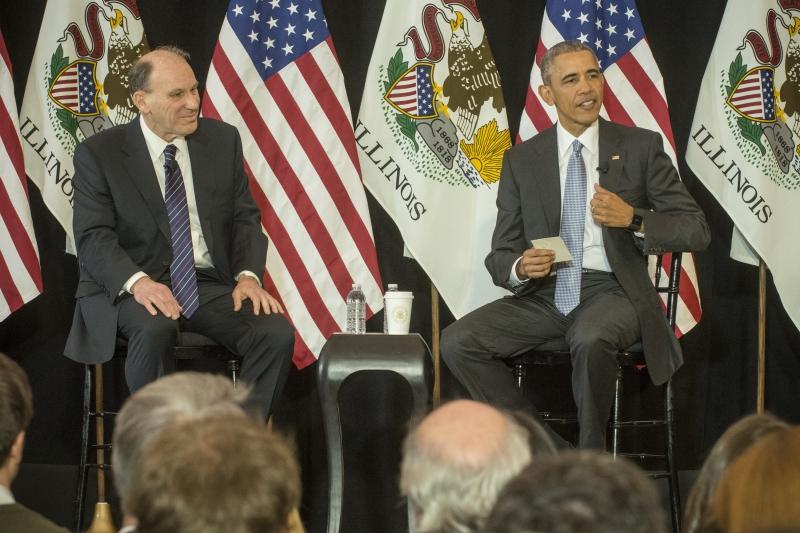 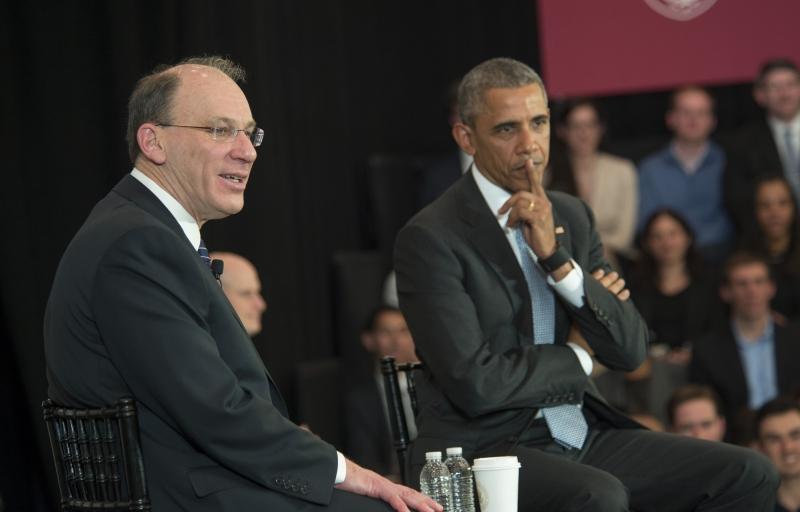 After the event, Strauss said he thought it was "especially great, and especially appropriate" that Obama chose the Law School for the event. 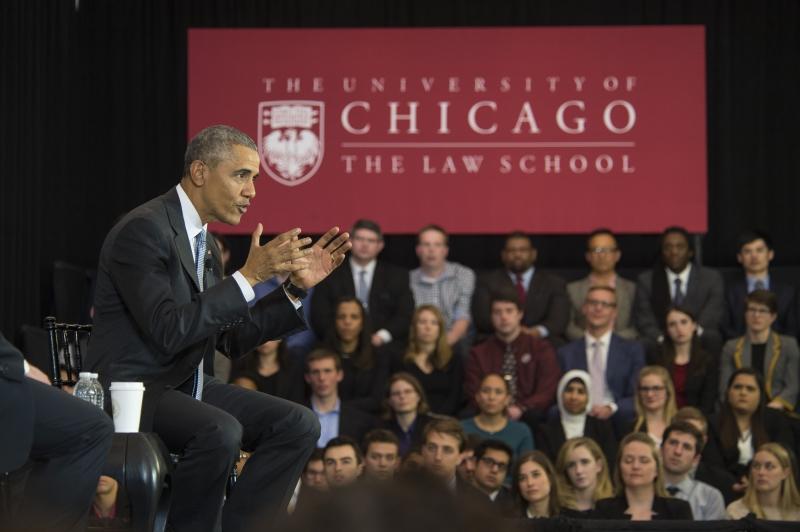 Obama also took student questions on a variety of topics, from mass incarceration to drone strikes to diversity in judicial appointments. 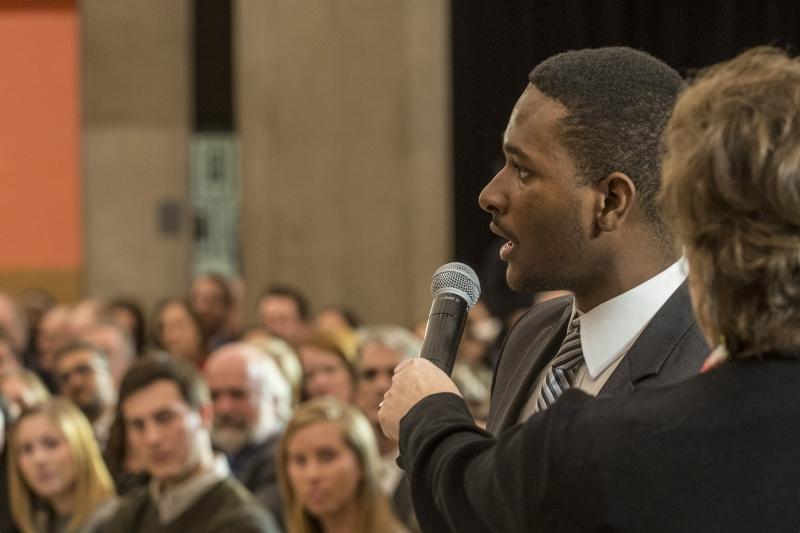 Kyle Panton, '17, was among those chosen to ask a question. 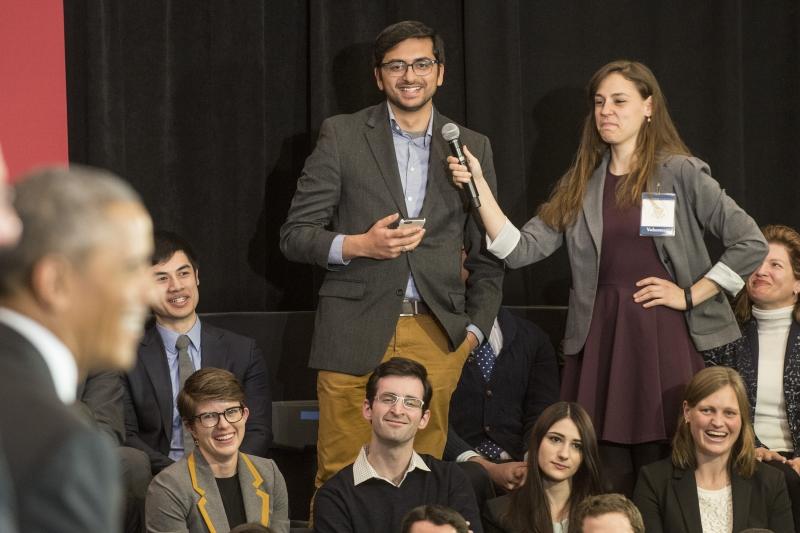 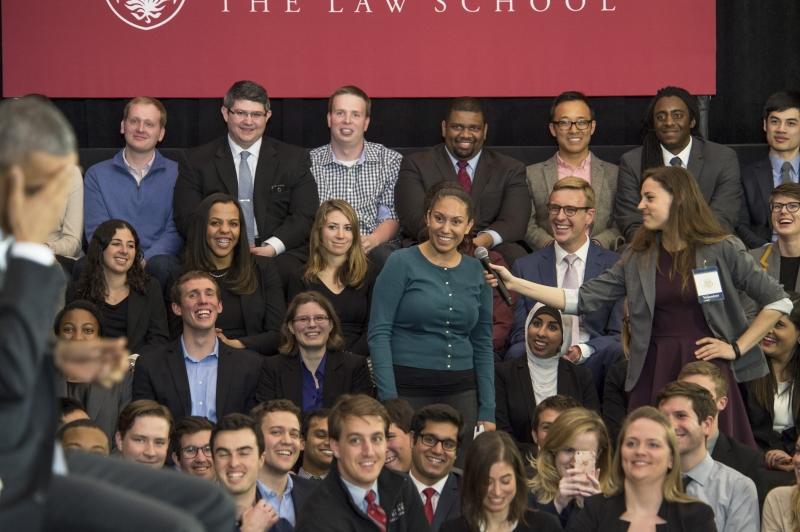 Amelia Garza-Mattia, '18, told Obama that this was the second time she'd asked him a question. The first time he was a senator and she was 15. 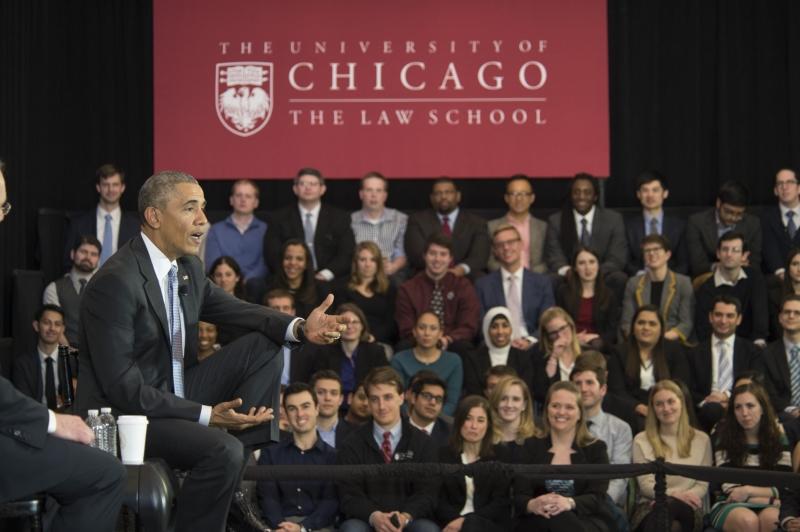 At the beginning of the Q&A period, Obama joked with students: "How about a little Socratic Method?" 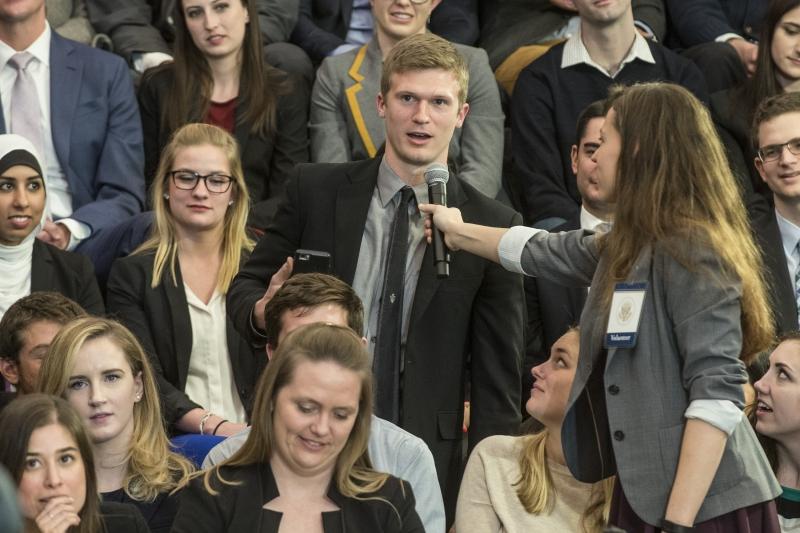 Obama, who commented several times on how nicely the students had dressed, complimented Jimmy Frost IV, '18: "You look sharp. Do you wear a tie everyday to class?" 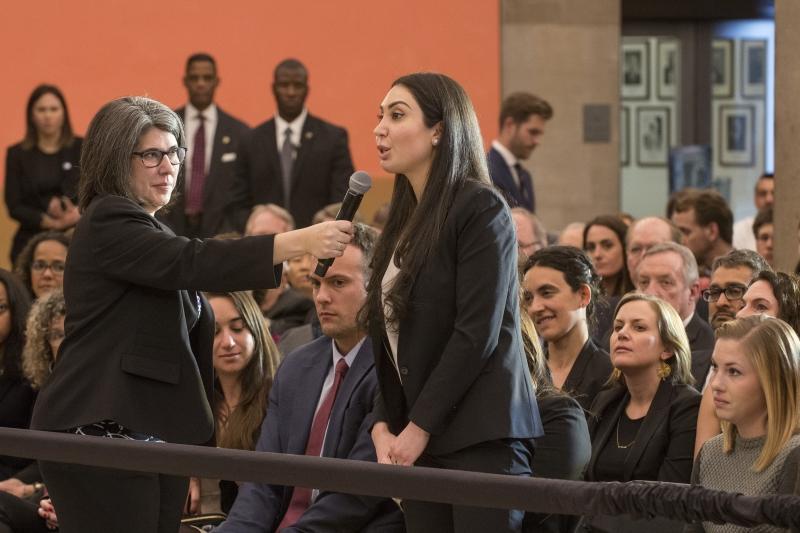 Shahrzad Daneshvar, '16, asked Obama a question about how his views on the Supreme Court nomination process had changed. 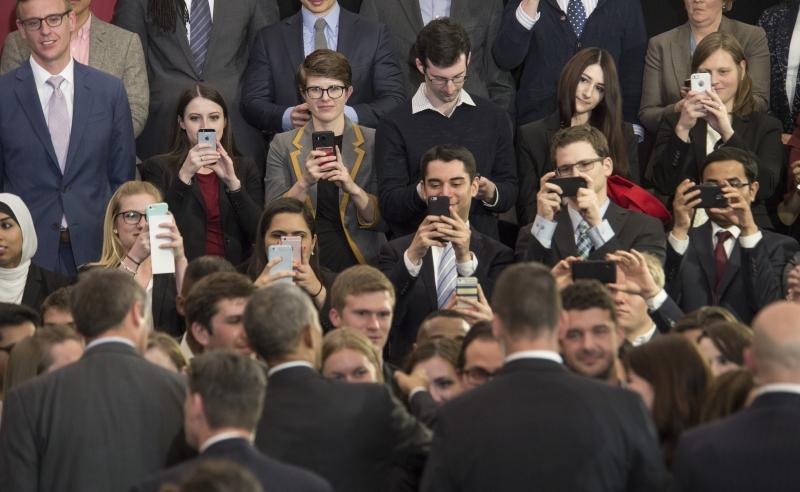 All eyes, and many phones, were on the President. 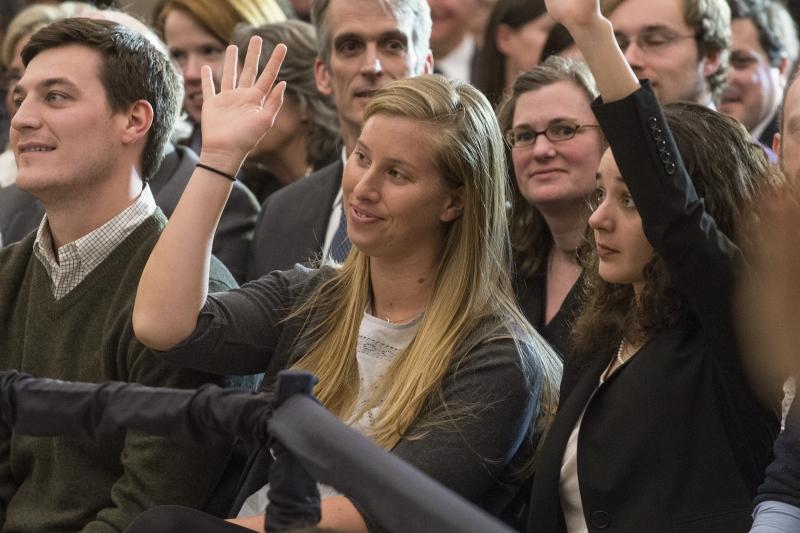 After the event, Alison Frost, '18, said, "It was incredible—not only because I was sitting a few feet away from the President of the United States, but also because of the palpable sense of community in the room." 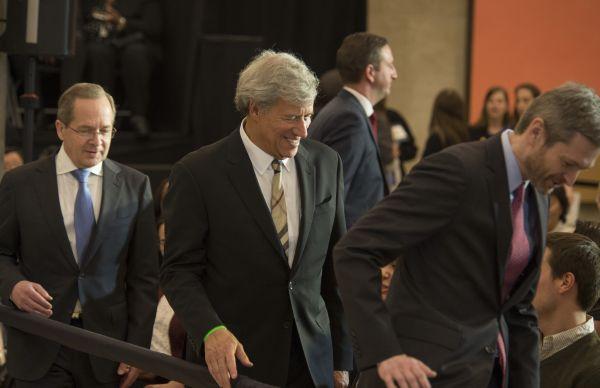 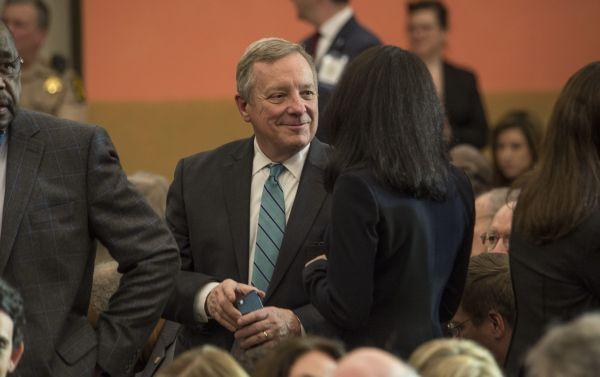 US Sen. Dick Durbin, (D-Ill) chatted with other guests before the event. 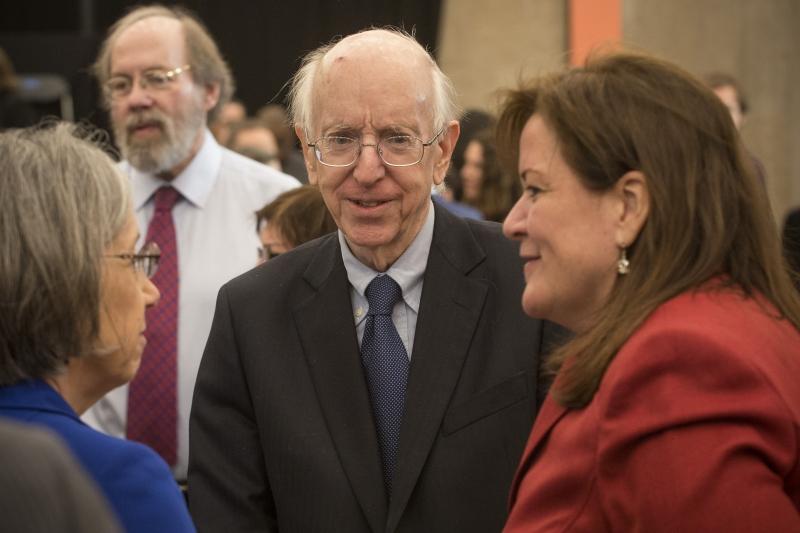 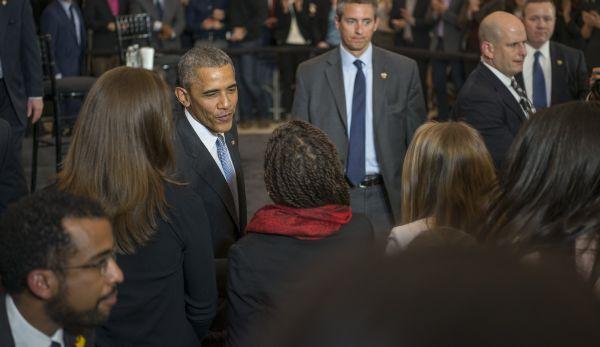 After he finished taking questions, President Barack Obama greeted members of the audience. 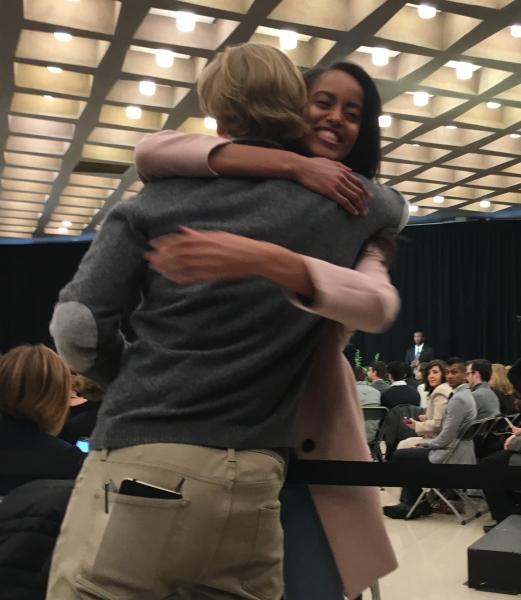 Malia Obama, who joined her dad for the event, was thrilled and surprised to run into an old classmate from Lab, who was covering the event for his high school paper. 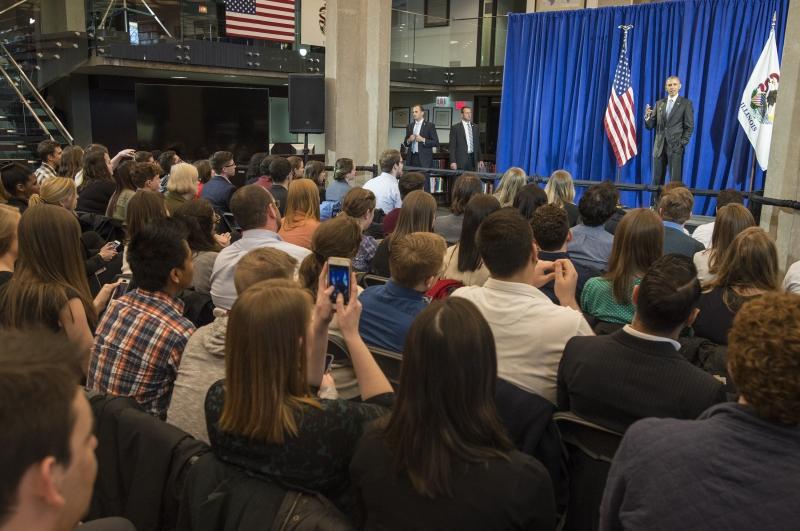 Before the event, Obama visited the watch party in the D'Angelo Law Library. "So," he said to the students, "aren't you supposed to be studying?" 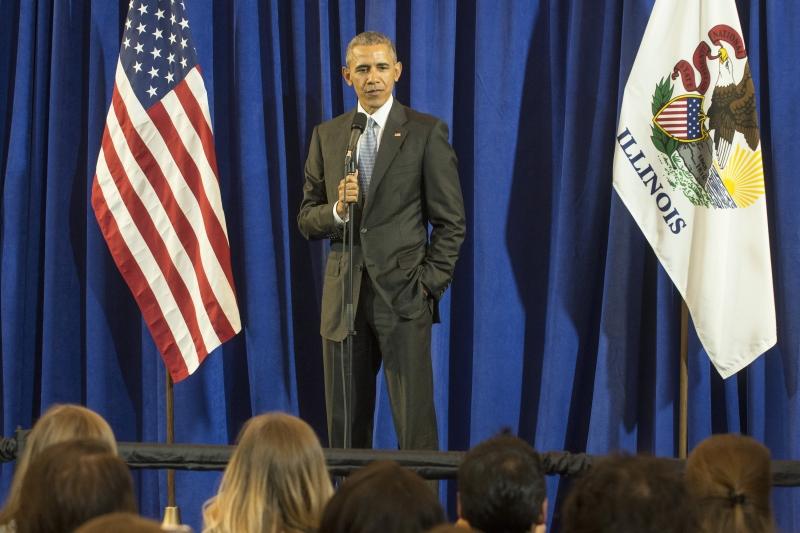 "Who knows, I may come back here and, you know, teach a once-a-week seminar in which I have no papers to grade or exams to grade," Obama joked at the watch party. "Which I'm sure will be very popular. We'll just hang out and talk."

President Barack Obama returned to his academic roots at the University of Chicago Law School Thursday to make the case for US Supreme Court nominee Merrick Garland.

The town-hall-style discussion included a Q&A with law students and noted Supreme Court scholar David Strauss, the Gerald Ratner Distinguished Service Professor of Law. The talk placed Obama’s message against  a powerful backdrop: the law school where he once taught constitutional law and a university with a long tradition of open discourse.

“We pride ourselves on being a place of substantive debate where diverse and conflicting ideas can be thought through and reasoned through, and we’re enormously grateful that the President recognized that and chose the University of Chicago Law School as the place to have that conversation,” Law School Dean Thomas J. Miles, the Clifton R. Musser Professor of Law and Economics said.