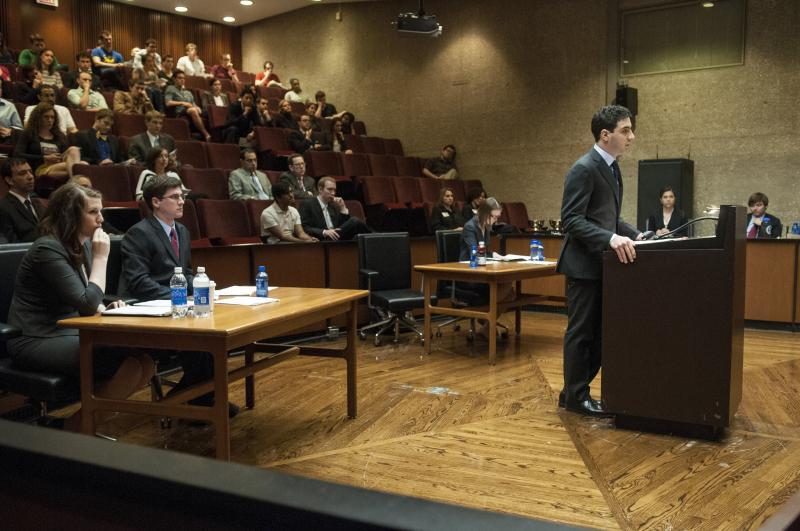 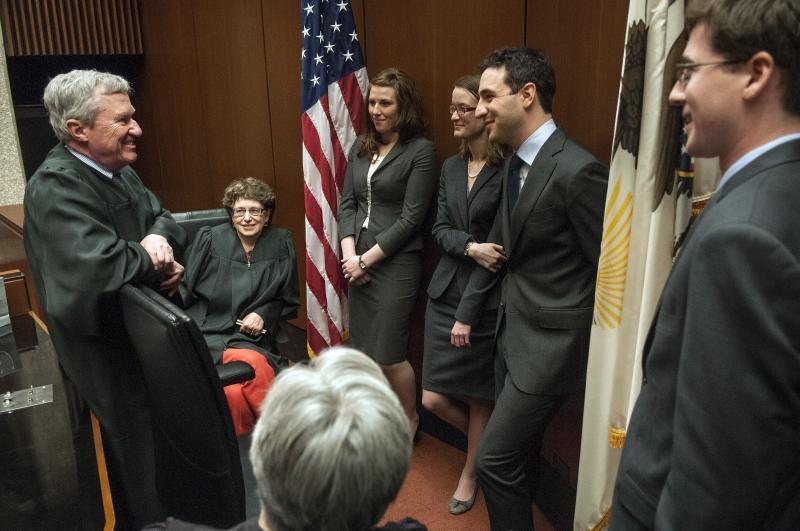 Judge James B. Loken chats with the finalists and fellow judges. 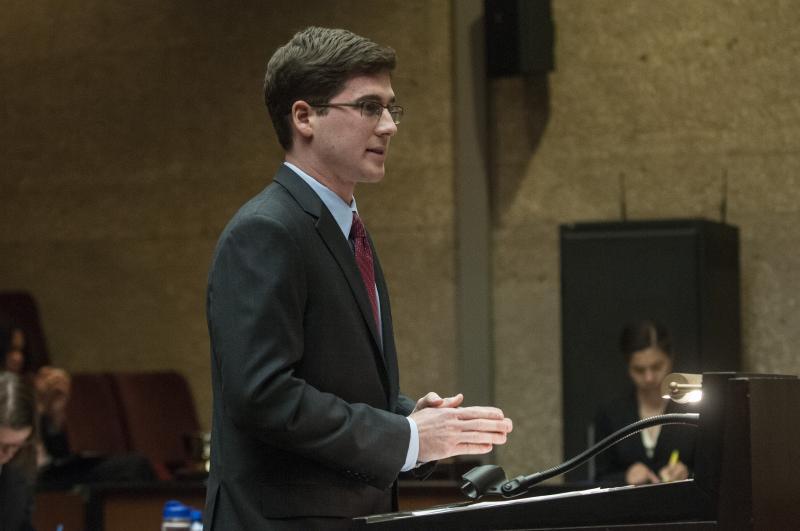 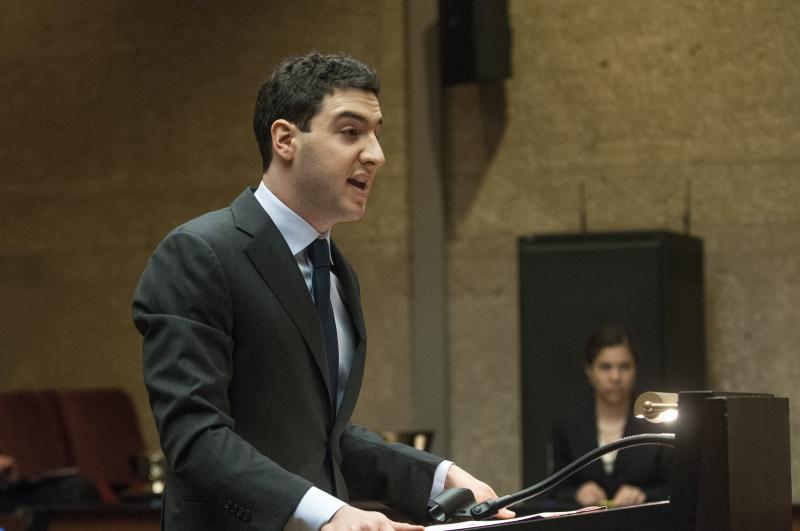 Because he won as a 2L, Turkel will head the moot court finals board next year. 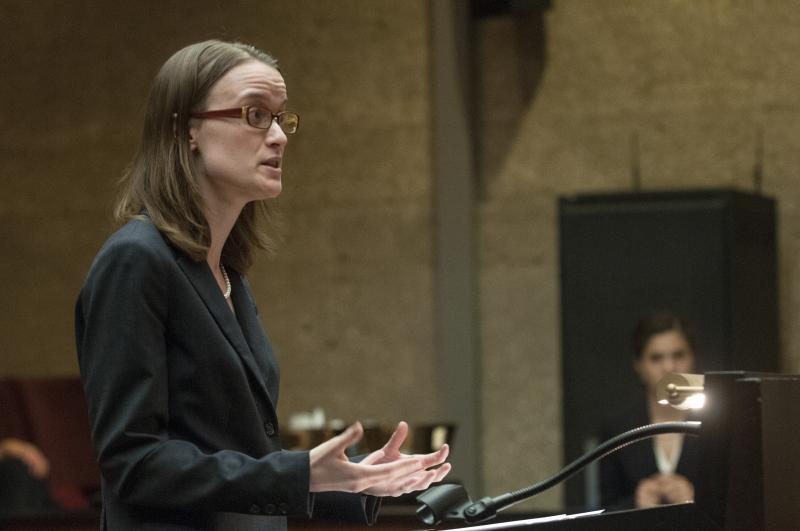 Staudt, '13, and Turkel were the petitioners. 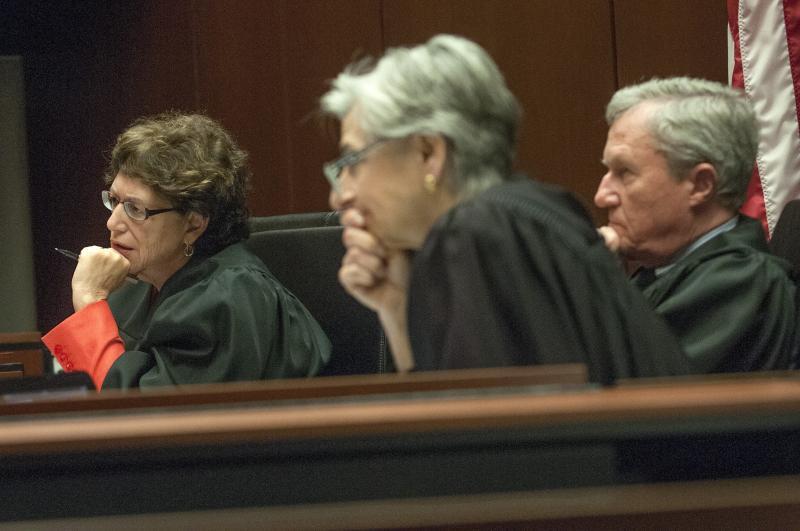 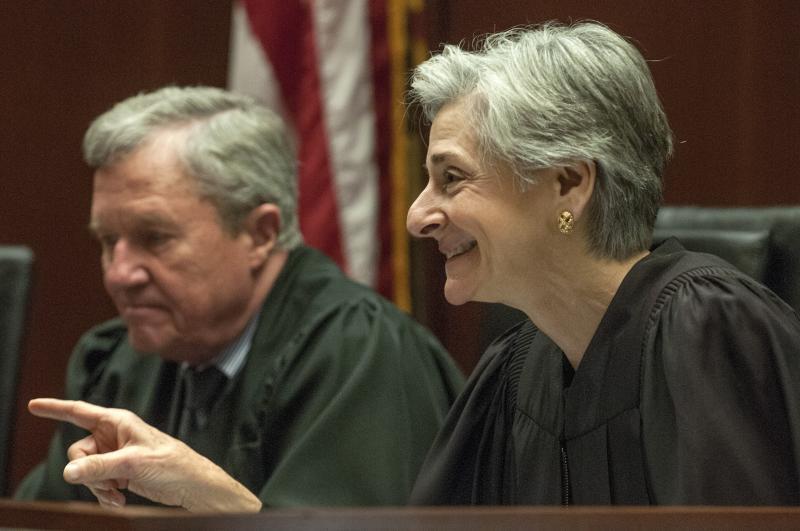 The judges peppered the finalists with questions. 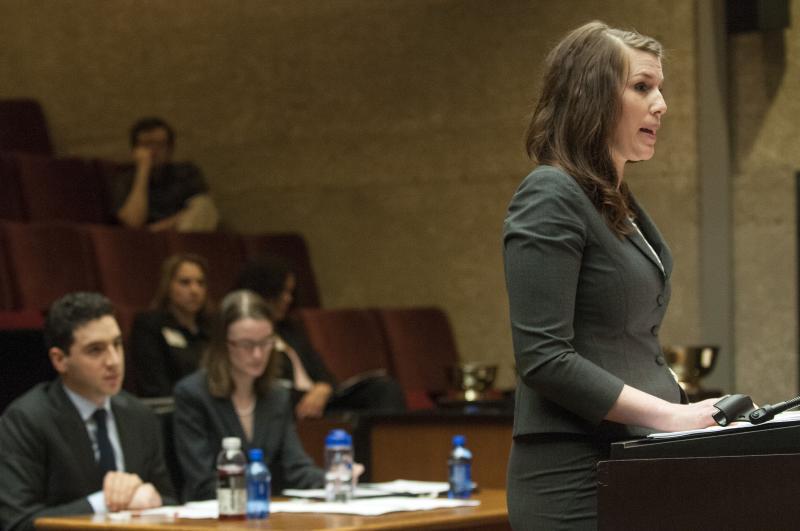 Taylor Meehan, '13, and McGushin were the respondents. 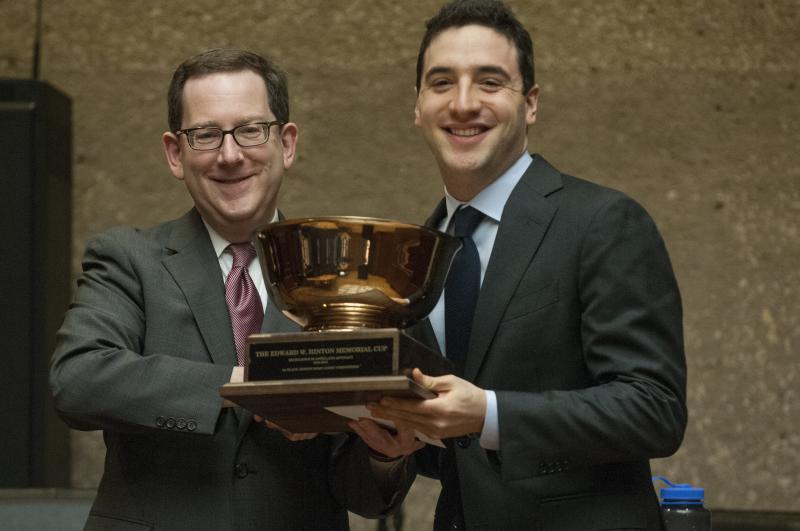 Schill and Turkel and the Hinton Cup. 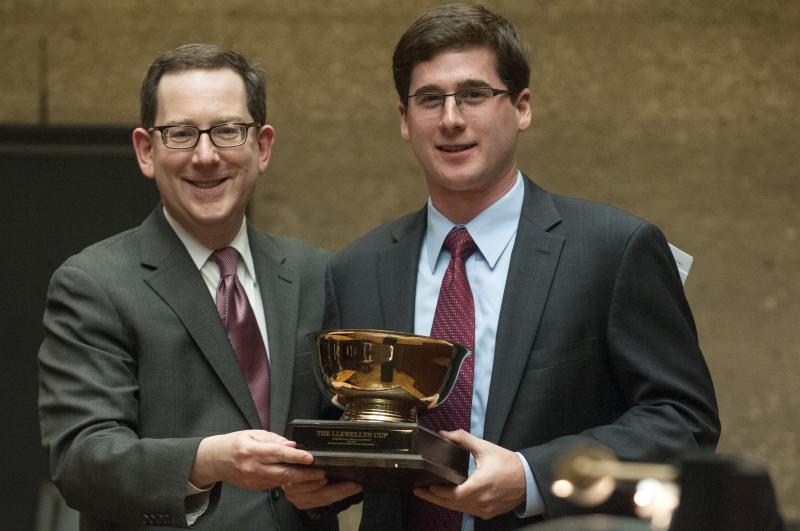 Dean Michael Schill with McGushin and the Llewellyn Cup. 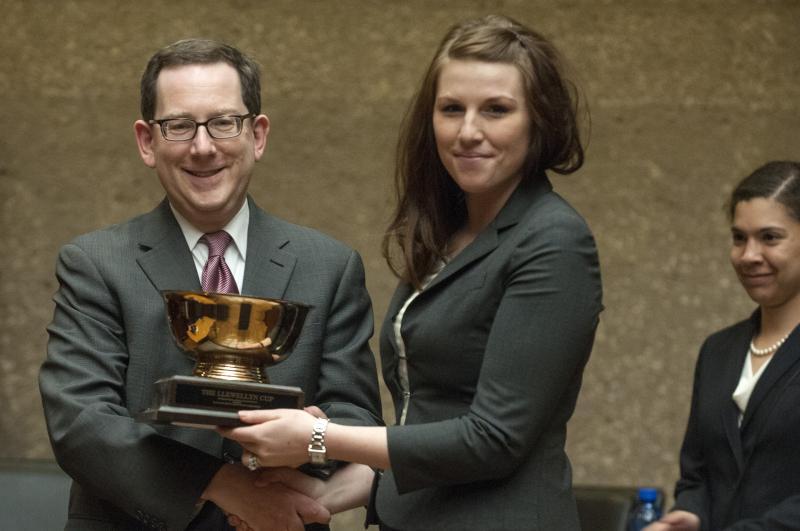 Schill and Meehan with the Llewellyn Cup, presented to the runners-up. 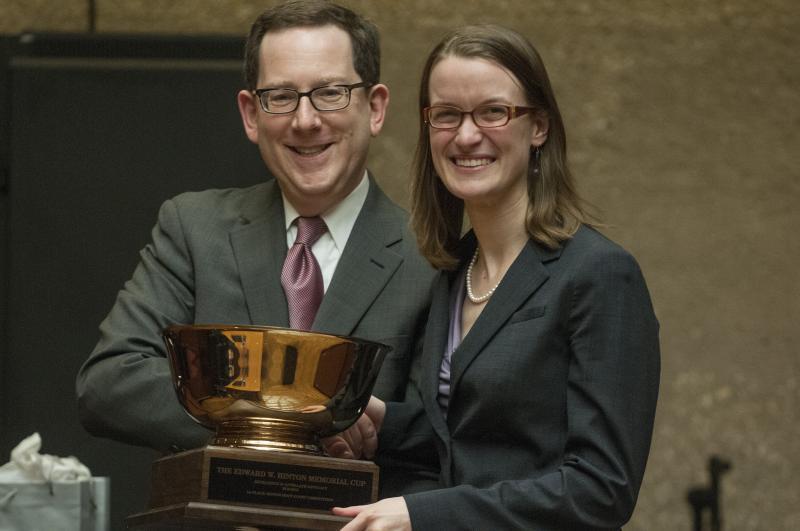 Schill and Staudt and the Hinton Cup.

The final round of the Edward W. Hinton Moot Court Competition was held April 29, 2013, in the Law School courtroom. First place went to Sarah Staudt, '13, and Michael Turkel, '14. The second place team consisted of Taylor Meehan, '13, and Casey McGushin, '13.

The four finalists were judged the best out of 84 students, all 2Ls and 3Ls, who competed during fall and winter quarters.The finalists submitted original briefs and delivered oral arguments in the case Kachalsky v. Cacace, which concerns the Second Amendment and the question of whether it guarantees the right to carry handguns for self-defense outside the home. Three federal judges judged the competition: Judge James B. Loken, U.S. Court of Appeals for the Eighth Circuit; Judge Marsha S. Berzon, U.S. Court of Appeals for the Ninth Circuit; and Judge Lee H. Rosenthal, U.S. District Court for the Southern District of Texas.