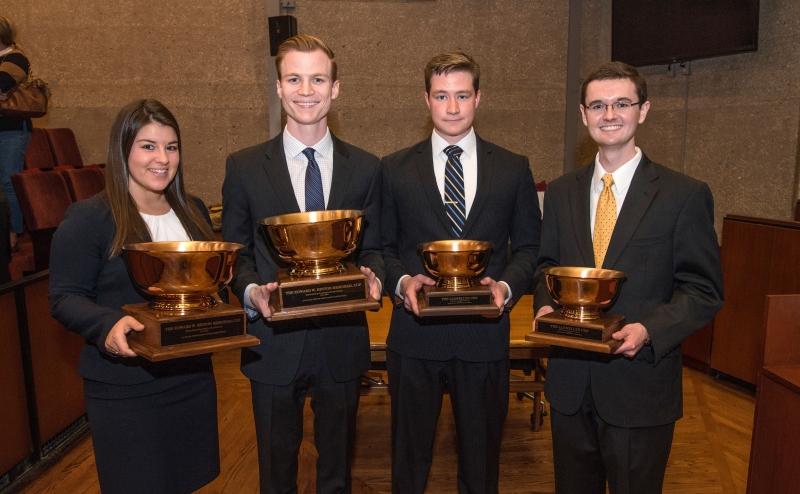 The four finalists after the competition. 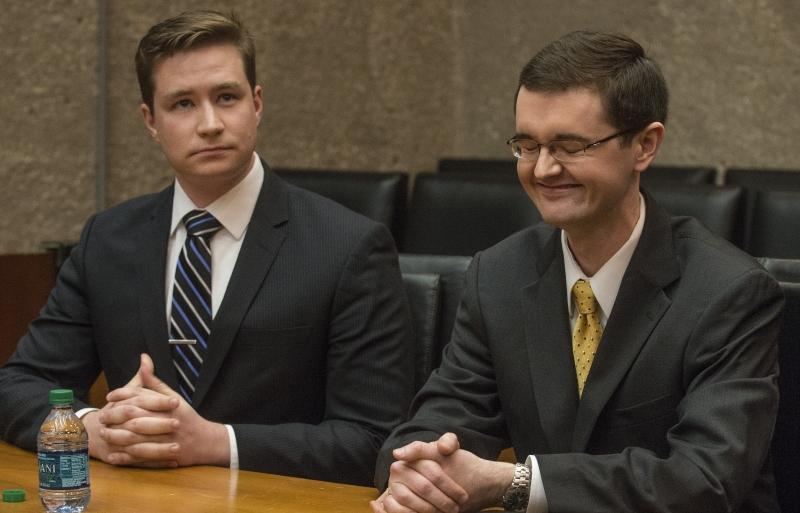 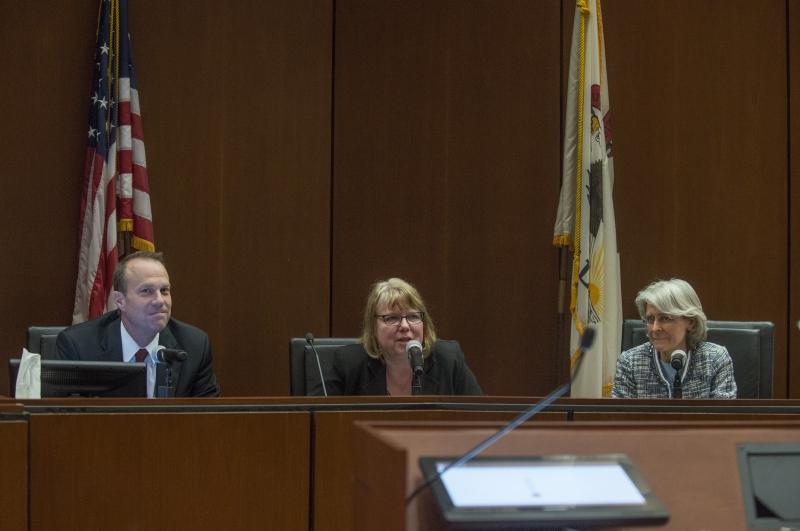 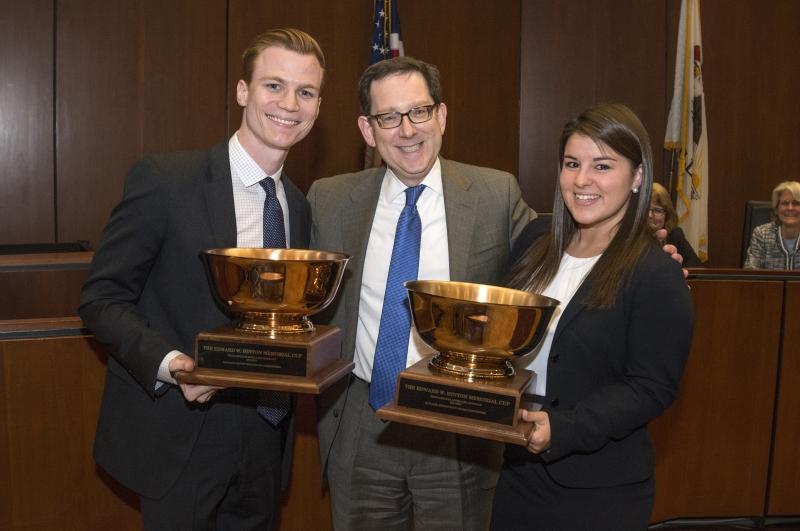 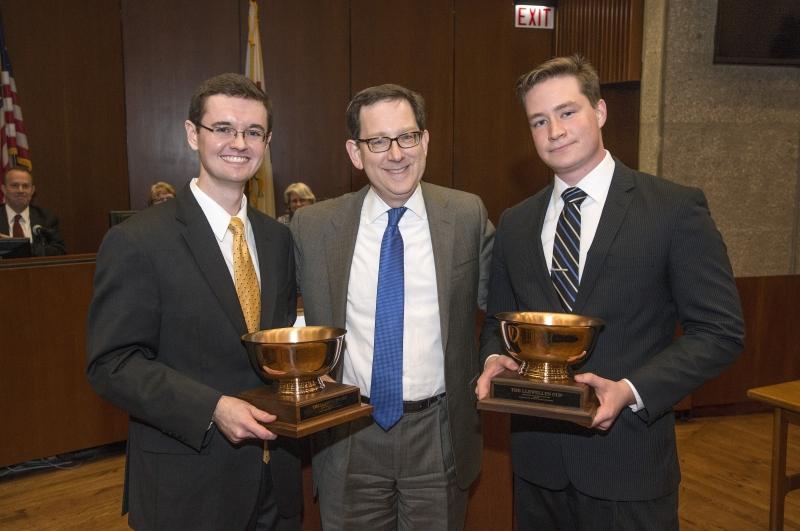 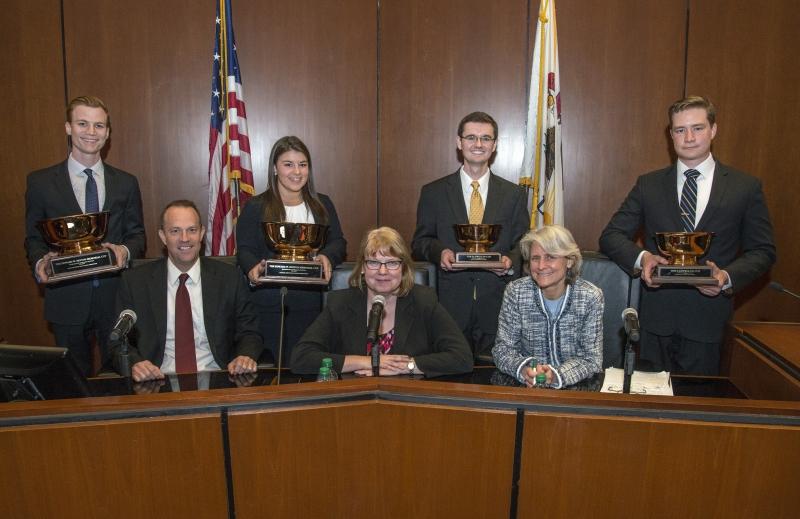 The Moot Court finalists pose with the three-judge panel. 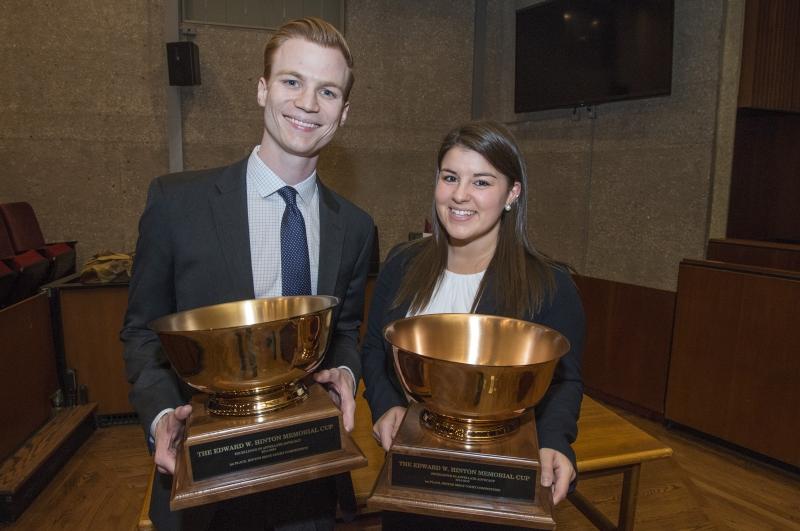 Alex and Jessica with their first-place trophies.

The final round of the 2014-15 Edward W. Hinton Moot Court Competition was held on Monday, April 27. Jessica Giulitto, '16, and Alex Parkinson, '15, took first place, while Nick Caselli, '15, and Elliot Gaiser, '16, came in second. The competition began with 75 second- and third-year students, who competed in a preliminary round in November 2014. The four finalists were among the 12 participants who advanced to the second round, which took place during Winter Quarter.

In the final round, the competitors, in teams of two, wrote and submitted briefs on issues presented in Horne v. Department of Agriculture, a case about the government's Takings Clause powers, and then argued before a panel of judges. The panel was made up of Justices Allison H. Eid, '91, of the Colorado Supreme Court; Thomas R. Lee, '91, of the Utah Supreme Court; and Beth Robinson, '89, of the Vermont Supreme Court.