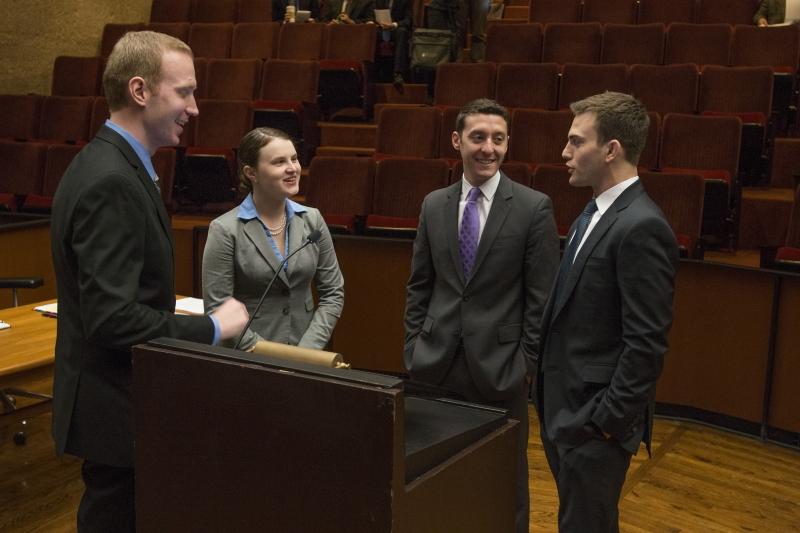 Three of the competitors chat with Jeff Gilson, left, chair of moot court. 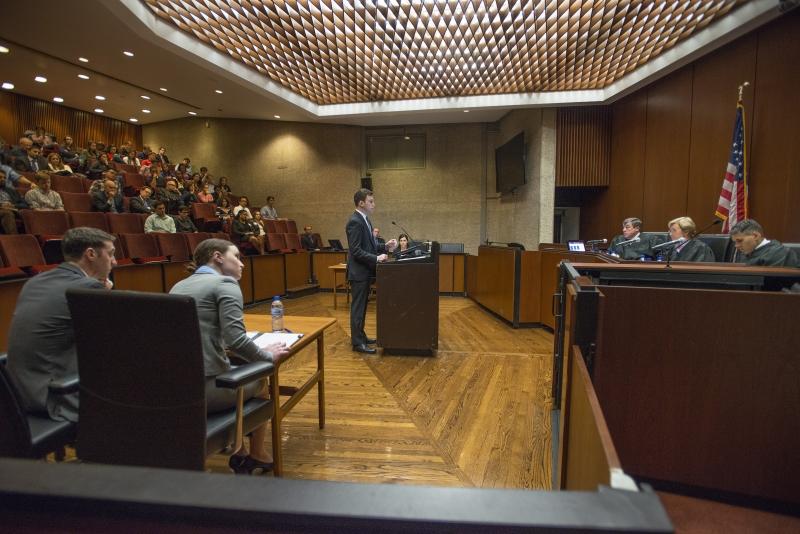 David Palay speaks to the panel of judges. 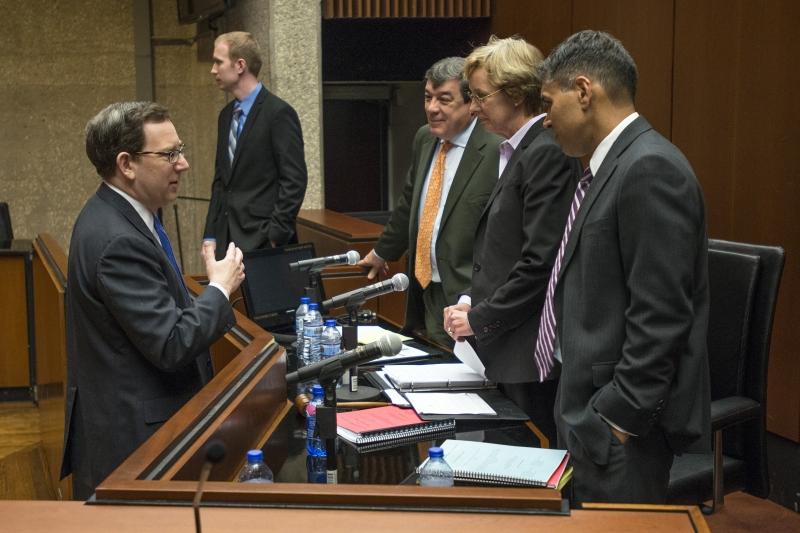 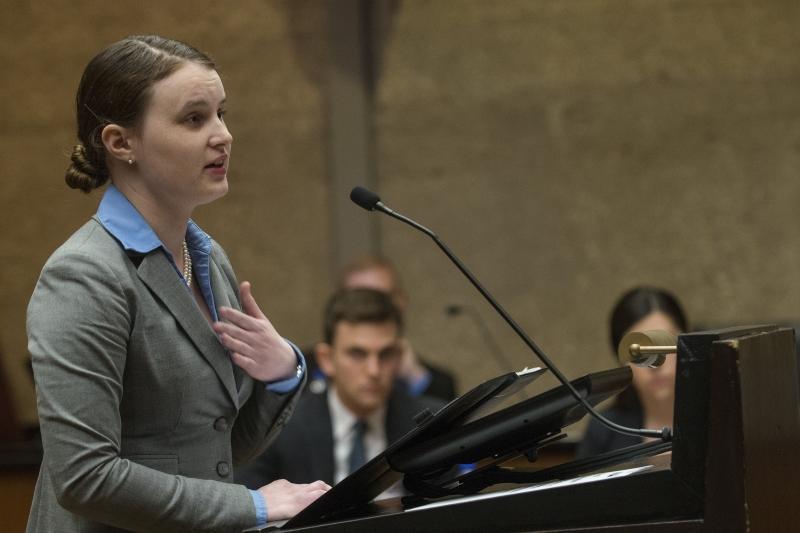 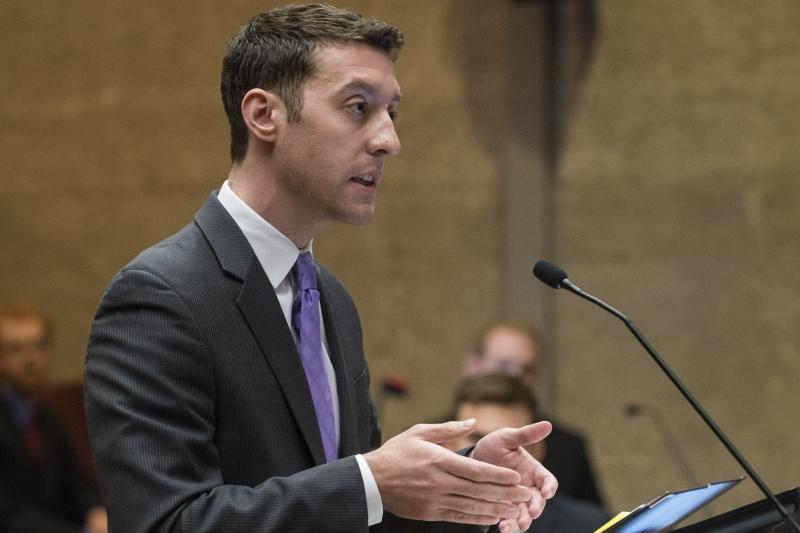 Dan Epstein and Walling were respondents, and the winning team. 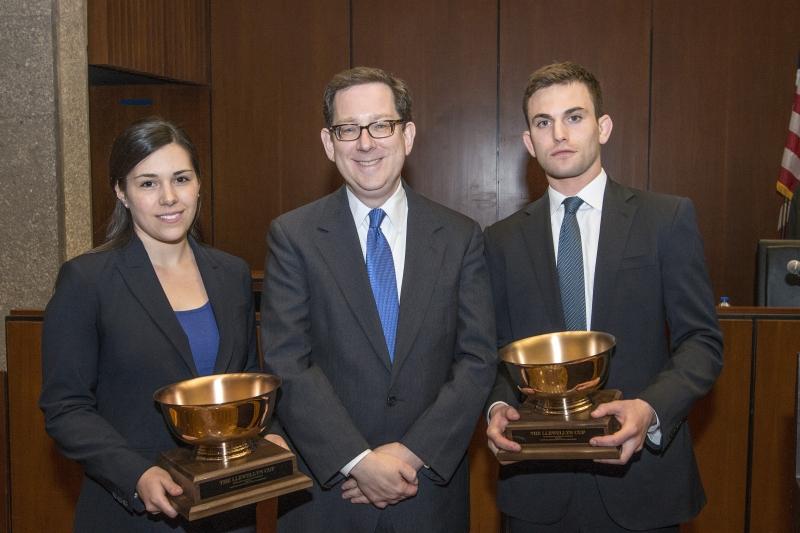 MaryAnn Almeida and David Palay with their Llewellyn Cups and Schill. 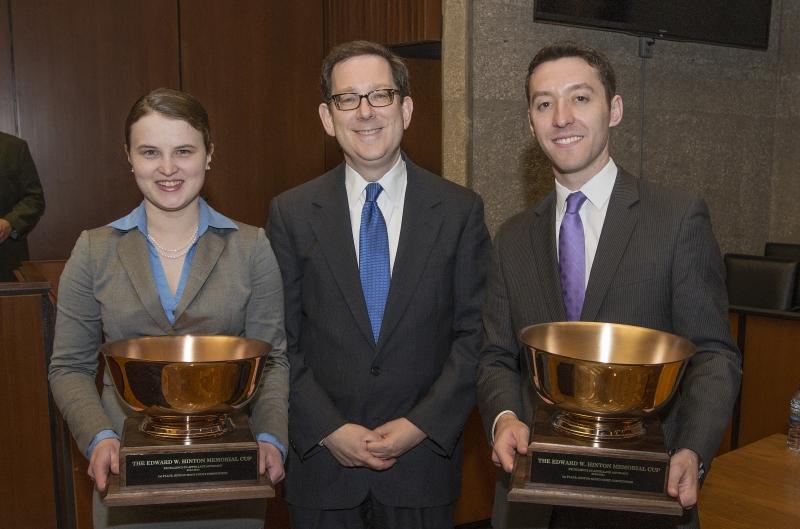 Walling, Schill, and Epstein pose with the Hinton Memorial Cup. 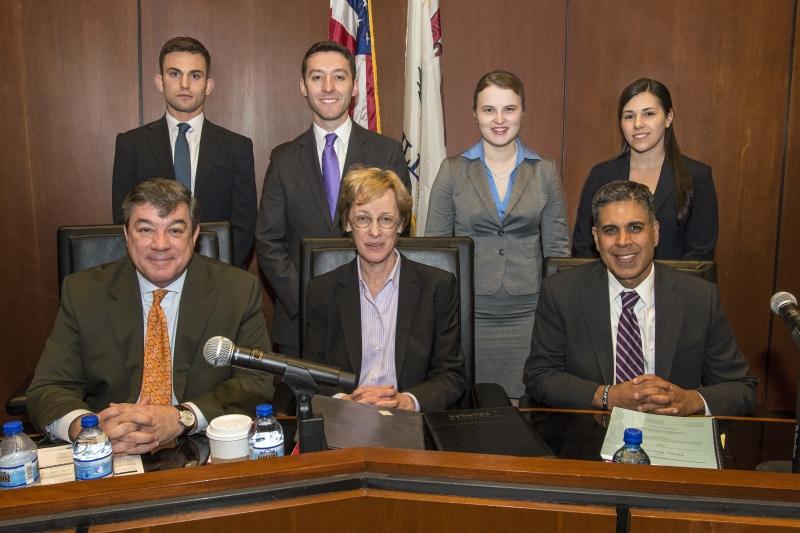 The judges traveled from around the country for the event.

The final round of the 2013-14 Edward W. Hinton Moot Court Competition was held on Monday, April 28. Daniel Epstein, '15, and Kate Walling, '15, took first place, while MaryAnn Almeida, '14, and David Palay, '15, came in second. They had emerged as the top four out of 83 2Ls and 3Ls who entered the competition in autumn quarter. In the final round, the competitors, in teams of two, wrote and submitted briefs on issues presented in Al-Aulaqi v. Obama and then argued before a panel of federal judges. The panel was made up of U.S. Court of Appeals Judges Debra Ann Livingston (Second Circuit) and Adalberto J. Jordan (Eleventh Circuit), as well as Judge Amul R. Thapar, U.S. District Court for the Eastern District of Kentucky.