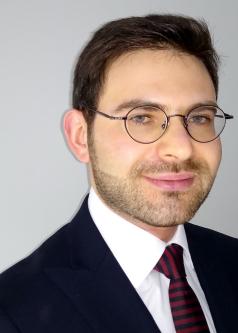 Samuel Milner, ’22, arrived at the Law School in 2019 with a PhD in history, a deep interest in mid-20th century price controls, and an unedited manuscript for his first book.

As he navigated the first half of law school, he devoted his free time to revising “a very long book into a readable-length book.” He wrote chapter abstracts and created his own index. He chatted about the project with his Law School professors, often finding that classes and office-hours conversations about antitrust, regulatory agencies, and other economic issues informed his work.

“The faculty have been uniformly supportive of this whole process,” Milner said.

In November, Milner finally will see the result of a years-long effort that grew from both his undergraduate and graduate research. Yale University Press will publish Robbing Peter to Pay Paul: Power, Profits, and Productivity, a 344-page volume that explores how corporate management has historically understood its power to distribute income to its stakeholders and the ways in which public policy has responded to the exercise of that discretion. The book is rooted in a study of the “golden age of American capitalism” in the mid-20th century—a period that “featured record income equality and intense industrial concentration and managerial discretion over prices,” challenges that can be found in today’s economy, Milner said. 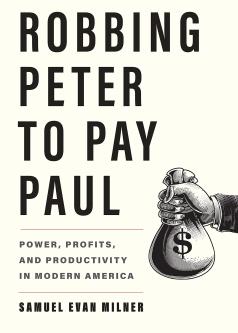 The book itself is dedicated to University of Chicago Trustee David M. Rubenstein, ’73, whose gifts to the Law School funded the full-tuition Rubenstein Scholarship that was a factor in Milner’s decision to study at Chicago. Rubenstein, the co-founder and co-CEO of The Carlyle Group, has supported the Rubenstein Scholars Program, of which Milner is a part, since 2010.

“He enabled me to take the next step in my professional career,” Milner said, quoting part of his dedication. Milner said he admires Rubenstein’s patriotic philanthropy, which has included purchasing a copy of the Magna Carta for $21.3 million in 2007 and donating it to the National Archives. Milner remembers seeing the Magna Carta at the National Archives as a child.

Milner’s interest in the intersection of history and economics began more than a decade ago, when he was an undergraduate at Harvard. The summer after his first year, he interned at the Western Reserve Historical Society in Cleveland, processing apparel company papers, including contracts between the US Navy and Joseph & Feiss, a Cleveland-based clothier that became an important manufacturer of military uniforms during World War II.

Before long he began researching World War II-era price controls—the topic of his undergraduate thesis—and ultimately headed to Yale for graduate school, intent on studying economics topics like price controls, inflation, and business and government regulation through a historical lens.

“I was interested in economic questions that could be solved through archival research and not through statistics,” said Milner, who earned his PhD in history from Yale in 2018. For a year after graduation, he was a lecturer at Yale, developing and teaching several classes related to history and economics.

For most of graduate school, he’d thought about his research as a story about business.

“I wasn’t really thinking it was a legal story,” he said. “But as I was finishing up my dissertation, maybe in about year four of graduate school, I started to realize that there are a lot of problems that can only be solved through law.”

After graduation, Milner will clerk on the US Court of Appeals for the Sixth Circuit.