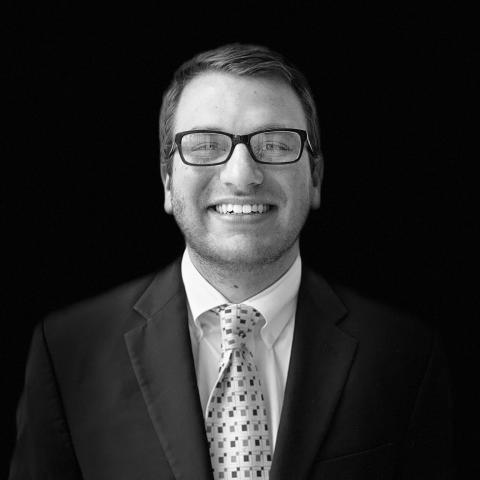 This essay is part of a student-led, first-person writing program called Bridges. Learn more about the project and read other essays in the series..

With every step, I approached that dull granite pool. The monotonous grey washed over the library. A drab beige saturated each classroom. The lockers previewed a daunting journey of navigating the monolith known as law school.

Law school, particularly the first year, presented a humbling puzzle. While brilliant professors roamed the halls, third-year students exulted in prestigious job offers, and classmates discussed their undergraduate endeavors in Egyptian archeology and nanoengineering, I as a 1L had to simply maintain my self-esteem.

On the first day of classes, I stood outside Classroom II as my textbooks lugged my backpack down. I entered to see a student in the front donning a perfectly ironed J. Crew dress shirt, readying three devices for notetaking, and sipping what appeared to be home-brewed coffee from a shining thermos. I plopped down to a seat in the middle wearing a summer camp T-shirt, pulling out an old MacBook covered with stickers, and slurping a McDonalds iced coffee. With every swig, inadequacy replaced thirst.

As I proceeded through each day of classes, this inadequacy manifested as impostor syndrome. An example of this came toward the end of fall quarter, as I made my usual route to the library to continue outlining. I saw a few students in my Bigelow section (my orientation group) and whispered hello. After some pleasantries, I asked, “What are you up to?”  One responded, “Taking practice test number three.”  I immediately retreated to my study space, panicking to combine my notes from week two into my outline.

I’m pursuing jobs in the public interest field, which means my job search differs from my peers seeking law firm jobs. In the summer between 1L and 2L, most of my peers participated in On-Campus Interviewing, or OCI, which involved weeks of intense, rapid-fire interviewing by numerous law firms, followed hopefully by callback interviews and a job offer. I’d listen as they rattled off the names of law firms—so many I could barely keep track—and was ecstatic that my closest friends were getting jobs so early. However, for public interest students like me, the path was murkier and required more patience. Most public interest fellowships and employers don’t even begin hiring until the end of 2L, a full year after OCI. Most of us don’t know whether we have jobs until 3L, thereby requiring fortitude and stamina in knowing we’re in a minute number of students still unemployed.

For my 1L summer, I decided to simultaneously complete a part-time legal internship in Los Angeles while working at my local overnight summer camp. As I stepped onto the familiar Malibu campsite, I felt comfortable for the first time in months. I felt secure. I felt confident in my ability. Whether it was crafting friendship bracelets, hollering camp cheers at the top of my lungs, or giving hugs to every (yes, every) fellow staff member, a familiarity and sense of fulfillment replaced months of persistent self-doubt. I had to wonder: would I ever fit into the fabric of this law school?

Fast forward to my 2L year. After a riveting seminar on divorce law, I met with my professor. We began talking, and she said, “You know, Joseph, you really have such nuanced contributions in class. You should pursue a career in family law.” I was shocked. Feedback on law school primarily consisted of three-digit numbers, and I consistently doubted my ability when those numbers proved subpar or even on par. I had waited two years for this direct validation to finally feel comfortable in my aptitude within the University of Chicago Law School community. I wondered why I had agonized over every performance marker. Why my grades seemed deficient, why my employment track was disquieting, why my studying habits were distressing.

The answer hit me: I had spent two years comparing myself to the best of every single other student. I had cherry-picked moments where I perceived others were thriving and assembled them to manufacture a fictitious law student who never struggled. For two years, I desperately attempted to catch up to that student. The thing is, that student never existed.

The J. Crew model from Classroom II?  He was equally nervous about the first day of classes.

The outline “gunner” from the library? He was completing his outline early to better care for his children during exams.

One of the students who seemed omniscient about the OCI process? She wanted to ensure herself a job offer after struggling the first quarter of law school.

As for me, I no longer feel puzzled by the law school. I’ve embraced who I am and the path I’m pursuing. I’m the president of the Law Students Association (our student body government) and am in the midst of applying to several different public interest post-grad programs scattered throughout the world. I now feel a spectacular energy in not knowing exactly what my path will look like, because I trust myself to figure it out. We all have that natural yet subtly destructive tendency to compare ourselves. It’s tempting especially when entering law school, an institution few of us know intimately before matriculation. I have fought a deep-rooted inclination to discredit my law student identity in whether I could ever thrive as a lawyer. However, the moment I ceased comparison and actually trusted myself, the law school transformed from a puzzle into a boundless opportunity.